Worried Alexa is spying on you? Edward Snowden’s head can help 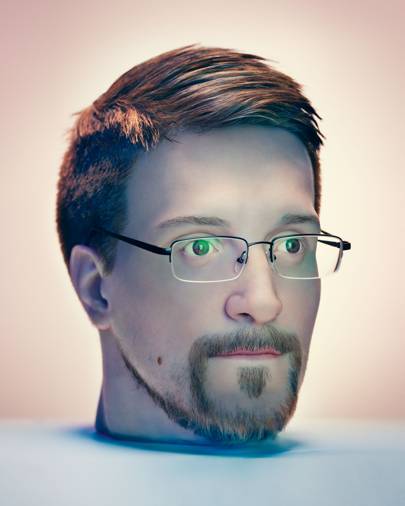 The hardest thing about creating a scale model of Edward Snowden’s head is getting the glasses right. This is – a life-size replica of the NSA whistleblower’s head with a copper cylinder hidden inside. It’s designed to sit over a home voice assistant, such as an Amazon Echo or Google Home, and block it from hearing you and connecting to the internet.

May Safwat – an artist and filmmaker, and a lecturer at the Kingston School of Art – came up with the idea after having conversations with friends and family members who were convinced their smart speakers were listening to them, even if they hadn’t said one of the wake words (like “Alexa” or “OK, Google”). She came up with the idea of creating a physical object that could help give them a sense of control. After that, Snowden was the obvious choice.

“I see him as the saint of privacy,” she says. In 2013, Snowden famously leaked thousands of documents which revealed the extent of state surveillance by the NSA and other security bodies – an action that forced him into exile. “You know you’re safe because Snowden’s got your back.” But, since then – and despite his warnings – we’ve embraced smart devices which routinely listen in and track our movements.

Safwat – who says she’s not necessarily anti-Amazon, but wants to spark a conversation – created a 3D render of Snowden’s head based on publicly available imagery, and worked with a special effects company to create the bust. For full accuracy, she needed a pair of glasses with the same level of refraction as his actual lenses, which involved some very strange visits to the opticians at the height of lockdown with the head in tow.

“Snowden did not want the conversation to be about him, but in this piece, he is an emblem reminding us of our tenuous privacy,” says Arvind Narayanan, a professor of computer science at Princeton University. “Snowden is also apt because the line between commercial and state surveillance is blurry. The NSA’s mass surveillance is only possible because it piggybacks on tracking networks that tech companies have built, and which we have invited into our homes.”

Echo Chamber, a book of conversations with privacy and security experts, will be published in January 2021. Find out more at

Amit Katwala is WIRED's culture editor. He tweets from

🚀 Inside Gravity’s daring mission to

🧥 Don’t get cold this winter. How to the get the most out of your

🔊 , the week in science, technology and culture,