Health authorities fear a cluster in Sydney's outskirts could spread to tourist towns on the NSW south coast as the state records five new infections.

Four overseas travellers in quarantine tested positive to COVID-19 in the 24 hours to 8pm Saturday.

The one new locally acquired case is a close contact of cases linked to Great Beginnings Childcare Centre in Oran Park, in Sydney's south west, bringing the total number of cases in NSW to 4,149.

There are now six cases associated with the childcare centre, and 19 in total in the Oran Park community cluster. The centre has been closed since October 13 and will remain shut until October 28 and contact tracing and investigations continue. 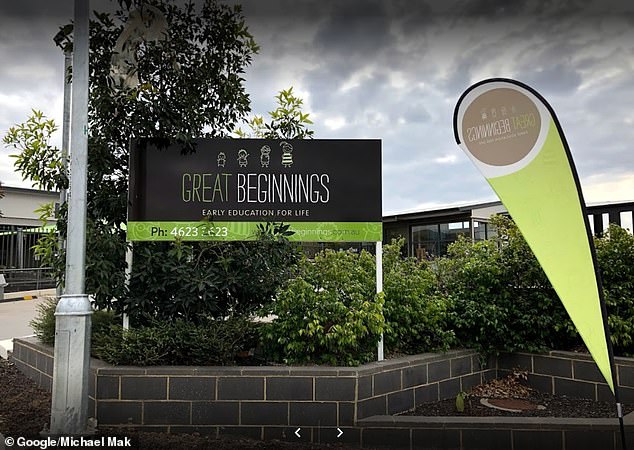 The one new locally acquired case is a close contact of cases linked to Great Beginnings Childcare Centre (pictured) in Oran Park, in Sydney's south west, bringing the cluster to six

Those who attended Great Beginnings Childcare Centre between 2- 13 October close contacts and have been urged to get tested immediately and self-isolate for a full 14 days from when they last attended.

Warnings have also been issued for two locations on the south coast, Shellharbour South Beach, south of Wollongong, and nearby Little Park, after they were visited by positive cases.

Anyone who attended these locations last Sunday, October 11, between 12 noon and 4pm is considered a casual contact and has been directed to monitor for symptoms and get tested immediately if any develop.

Alerts have also been placed on three businesses in south-west Sydney: Gregory Hills Hotel on Central Hills Drive, the 1500 United Cinema in the Narellan Town Centre and Woolworths in Oran Park.

Anyone who visited the hotel on the evening of Friday, October 9 or the cinema on Saturday, October 10 between 12.50 and 3pm is potentially a close contact and should monitor for symptoms and get tested if they develop. 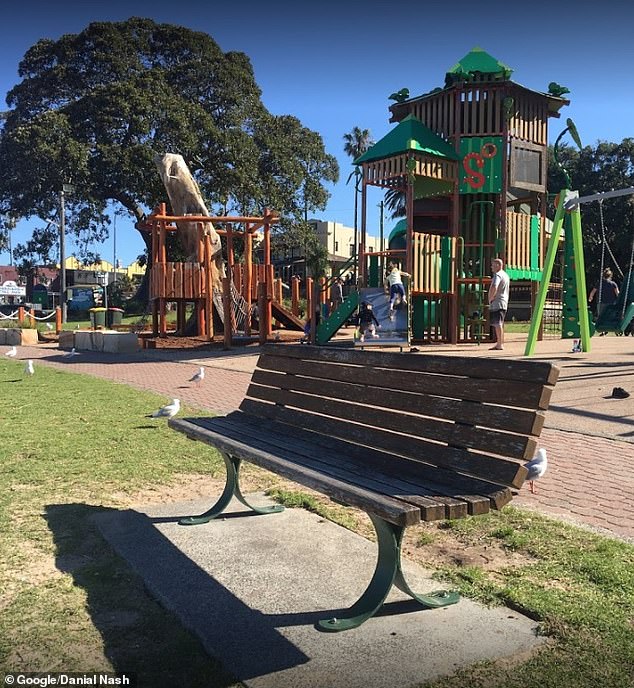 A warning has been issued for Little Park (pictured), in Shell Harbour, after it was visited by a positive coronavirus case last Sunday

Anyone who was at the Oran Park Woolworths at 351 Oran Park Drive last Monday, October 12, between 6.40 and 6.55pm is considered a casual contact.

Contact tracing is also underway on several bus routes in the region that were travelled by positive cases. They include:

Fellow travellers are advised to monitor for symptoms and get tested immediately if they develop. NSW Health will be contact close and casual contacts directly.

Across the state, 73 people are being treated for COVID-19, with one person in intensive care.

NSW Health have urged residents to remain vigilant and get tested if experiencing symptoms.

'Please get tested on the day that you get symptoms,' Dr Christine Selvey said at a press conference on Sunday.

'Don't wait to see if they go away. Assume it is COVID-19 until proven otherwise by a test. There is no limit on how many tests you can have.'

It comes as NSW recorded seven new cases of coronavirus on Saturday, including five local infections and two returned travellers.

Four of the locally acquired cases were linked to the Great Beginnings Childcare Centre, including one teacher and three family members.

The fifth case was a student from Oran Park High School, who is a close contact of a confirmed case linked to the Liverpool Private Clinic cluster which now numbers 11 cases. 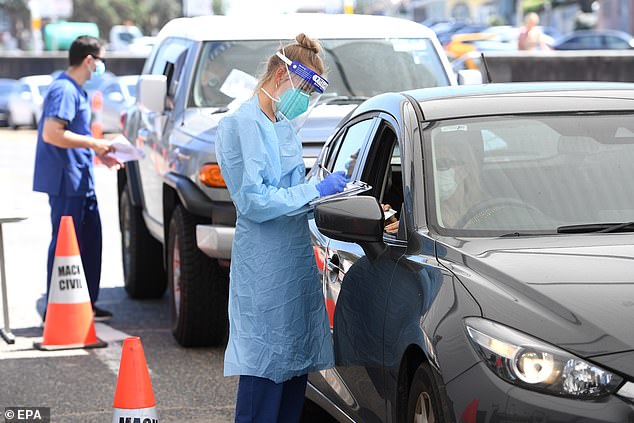