Last updated on .From the section Scottish

Celtic boss Neil Lennon has branded Motherwell coach Maurice Ross' comments embarrassing and called for an apology from the ex-Rangers player after he claimed the Parkhead side's line-up in Saturday's Old Firm defeat was their weakest in 20 years.

Manager Steven Gerrard says a dozen players are in the frame for contract extensions at Rangers, but urged them to press their case by ending the club's wait for silverware. (Glasgow Times)

Former Celtic skipper Jackie McNamara claims Rangers "are not a good team" despite the ease of their derby win.

Celtic are looking to sign Preston North End defender Ben Davies in January as a potential replacement for Kris Ajer.

Ianis Hagi believes his style is suited to European football as the midfielder looks to make his mark for Rangers against Standard Liege on Thursday after being denied an Old Firm debut last weekend when he didn't make it off the bench.

Aberdeen forward Ryan Edmondson says the Pittodrie side "have the quality" to push Celtic and Rangers all the way in this season's title race.

Hibernian goalkeeper Ofir Marciano's place as Israel number one is under threat after high-profile blunders in successive internationals.

Ross County manager Stuart Kettlewell was surprised Motherwell were willing to let Jermaine Hylton go, with the winger having moved to Dingwall for the season. 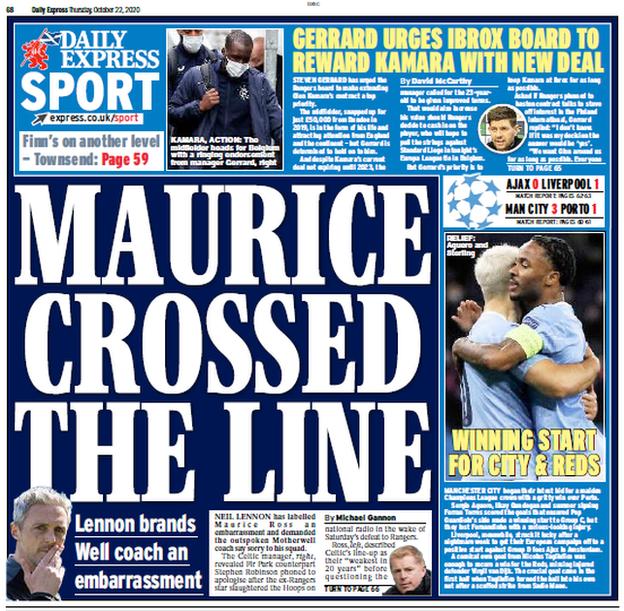 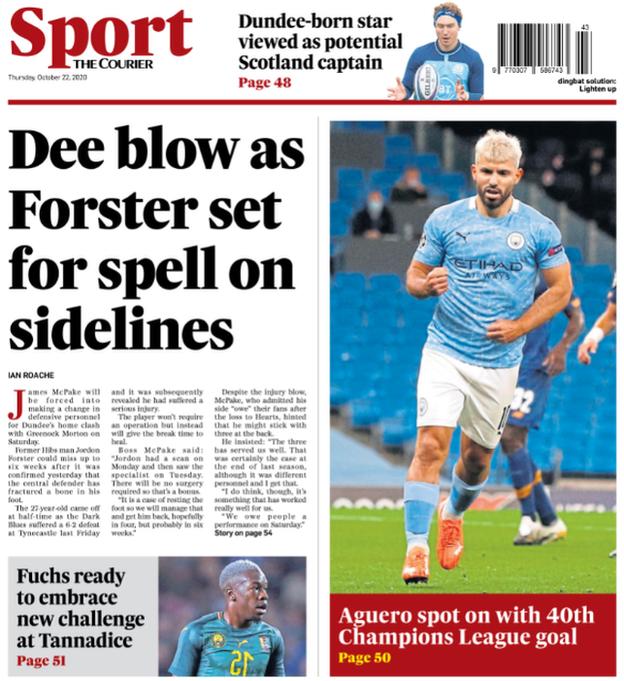 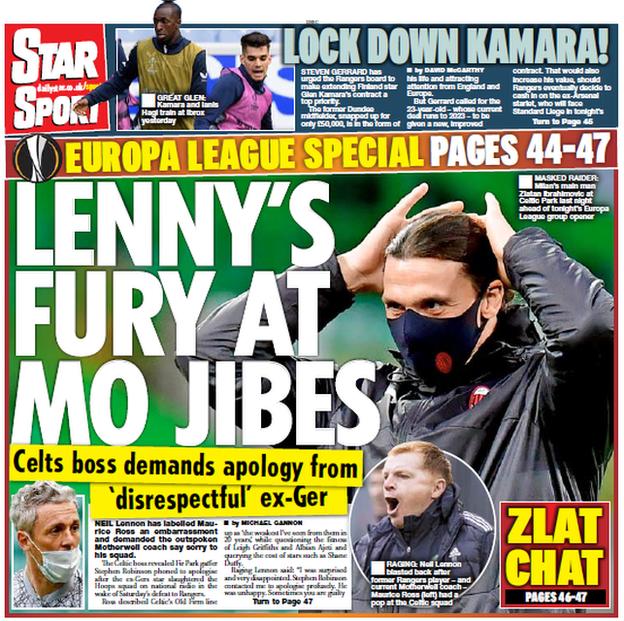