By Scarlet Howes For The Mail On Sunday

Her old band don’t mind recycling favourites to keep the fans happy – so perhaps it’s no surprise that former Spice Girl is going back in time to seek inspiration for her latest fashion must-have.

Fans who caught a glimpse of the singer-turned-designer’s £450 new belt immediately recognised the piece – from their parents’ wardrobes.

Dean Adams, from Southend, posted a snap on of a near-identical version of the belt, saying: ‘Victoria Beckham… where was it you said you took “inspiration” from? My mum’s belt from 1973.’ 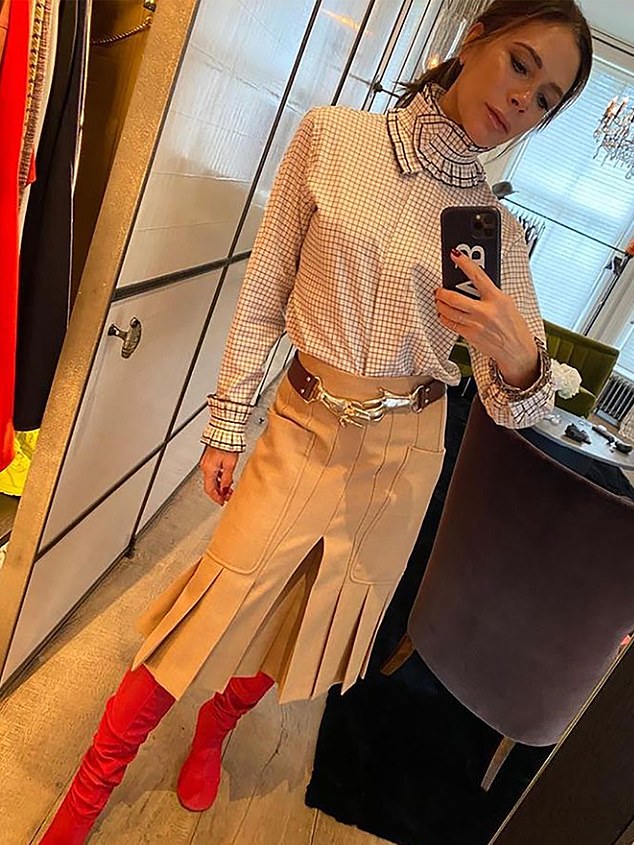 Hands on: Victoria Beckham poses in her new belt on Instagram. She posted: 'So ready to be wearing my winter wardrobe! This look is one of my favourites from the #VBAW20 collection' 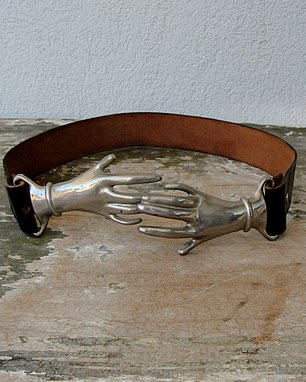 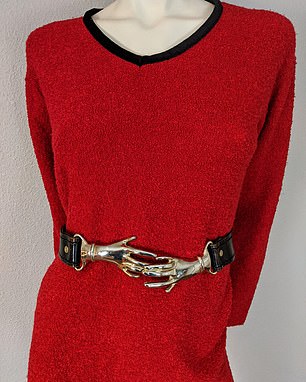 Two similar belts online. Opinion was divided among Ms Beckham’s 28 million Instagram followers on the belt, after she posed with it as part of an ensemble from her winter collection

Irene Lane, 80, from Lancashire, thought the distinctive clasp looked familiar. ‘As soon as I saw Victoria’s belt, I knew I had a similar one,’ she told The Mail on Sunday.

‘My mother-in-law bought it for me from a department store in Manchester 30 years ago but it only cost her £15.’

Opinion was divided among Ms Beckham’s 28 million Instagram followers on the belt, after she posed with it as part of an ensemble from her winter collection that costs a hefty £3,500.

One said it looked like ‘chicken feet were cut off and painted’, while another called it ‘adorable’. 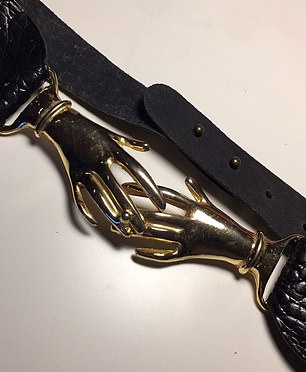 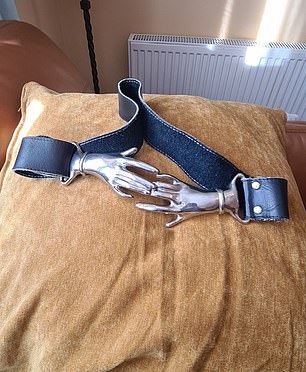 Two other similar belts online including one, right, belonging to a Twitter user's mother

Victoria said the belt was inspired by a visit to Paris and the design appears to originate from 1970s France.

There are dozens of vintage ‘clasping hand belts’ listed on website Etsy, an online marketplace for hand-made goods. They range in price from as little as £60 to £350.

Since its launch in 2008, the Victoria Beckham label has been a hit with critics and celebrities alike.