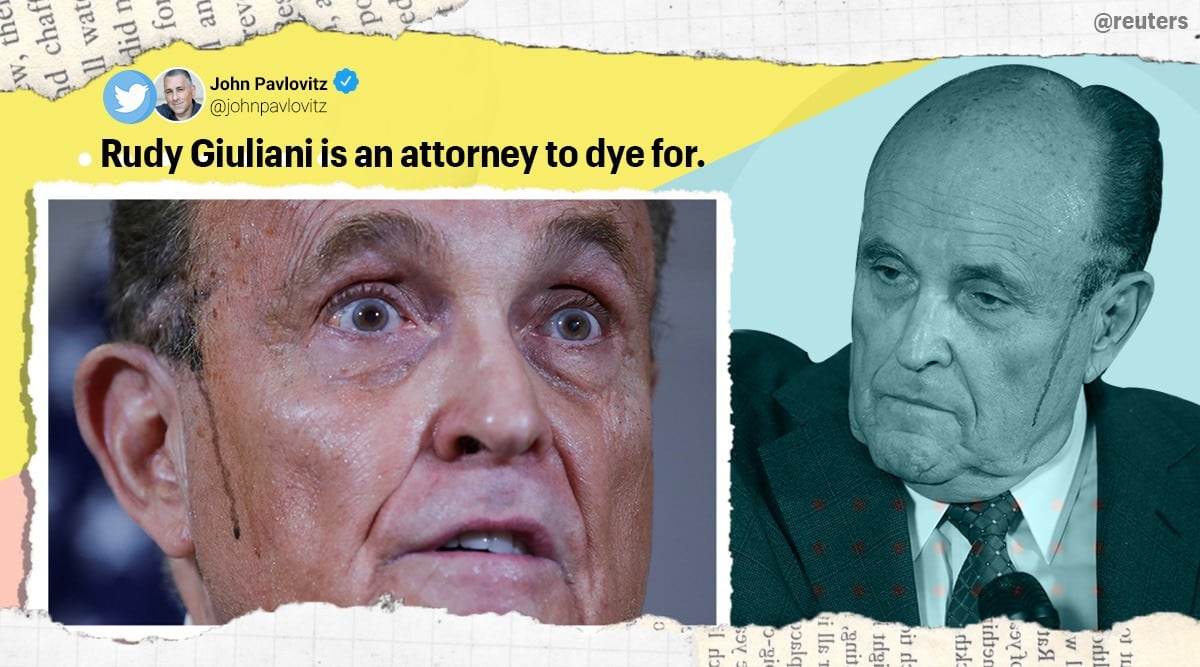 The 76-year-old wiped his brows and forehead but failed to realise there were dark brown streaks running from his hairline on either side of his ears at the Republican National Committee headquarters.

Donald Trump’s personal attorney Rudy Giuliani inspired several reactions on social media after streaks of black were seen trickling down his face as he addressed a press conference.

Even though the election results clearly point to Democratic candidate Joe Biden’s victory, the legal team of Trump’s campaign held a press conference Thursday to keep claiming voter fraud. What made more headlines and got people talking were the streaks of black colour that ran down Giuliani’s face.

The 76-year-old former New York mayor wiped his and forehead but didn’t seem to realise there were dark streaks running from his hairline on either side of his face.

For many people on social media, the debate quickly became about whether it was bad hair dye or bronzer running down his face. It inspired memes and photoshopped versions, with some referring to him as ‘The Melting Man’.

Rudy Giuliani’s hair dye (or bronzer?) is dripping and he has no idea. I’m crying literally laughing.

I see Rudy Giuliani is having a meltdown. Literally.

Here’s why you should hire union hair and makeup professionals:

Rudy Giuliani is an attorney to dye for.

They forgot to properly refrigerate Rudy and now the poor guy is melting.

pulled a Cotton Hill from King of the Hill 🤣🤣

Although the popular theory was that it was hair colour, hairstylists consulted by the The New York Times disagreed on what might have caused it. Their theories? A bad dye job, a root touchup product like a mascara or a touchup spray.

Rudy Giuliani and other Trump lawyers repeatedly accused the media of disregarding their claims. They also reiterated a debunked conspiracy theory that Venezuela could have hacked election results through machines used by local authorities.