This 1964 Triumph TR4 was acquired by the seller out of Texas in 2006, and it was subsequently refurbished with work that included repainting the body in silver metallic, reupholstering the red interior, rebuilding and overboring the factory engine, as well as installing a number of period-style performance upgrades. Features include a four-speed manual transmission with overdrive, a body-color Surrey top with a removable aluminum roof panel, a custom four-into-one exhaust header, rebuilt SU carburetors, replacement springs and adjustable front shock absorbers, Alfin rear drum brakes, drilled and slotted front disc brakes, and more. This TR4 is now offered with service records and receipts, awards, Triumph literature, and a clean Texas title in the seller’s name. 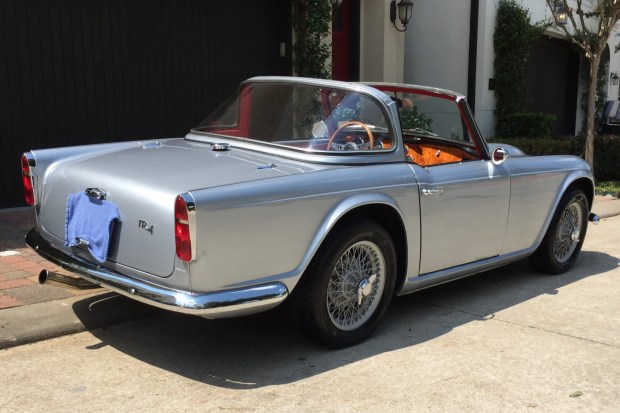 The car was repainted during current ownership in a shade of silver metallic that was selected to match the special color used by a Standard-Triumph display vehicle exhibited at the Earls Court Motor Show in England. The interior color was also chosen to match the color scheme of the display car. According to the seller, sound-deadening undercoating was used on the tub, hood, trunk, doors, and floorboards prior to paint. Chrome trim was either replaced or refurbished. A period Surrey top rear section with a Perspex window and an aluminum removable top panel were also sourced and installed. The seller notes a crack in the rear window, which can be viewed in the photo gallery below. 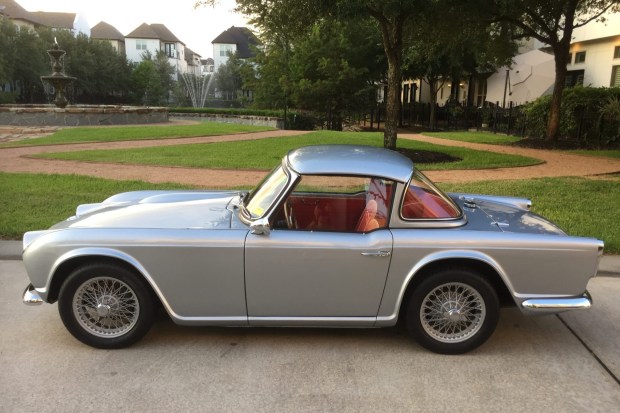 Silver-painted 60-spoke wire wheels with two-eared chrome knock-off hubs are wrapped in 195/60 Epic Tour LL821 tires. The rack-and-pinion steering has been refurbished with a quick-ratio rack and replacement bushings, and adjustable front shock absorbers and replacement springs have been installed. The lever-arm rear shocks have been refurbished, and Alfin rear brake drums have been installed. Slotted and drilled disc brakes are fitted up front. 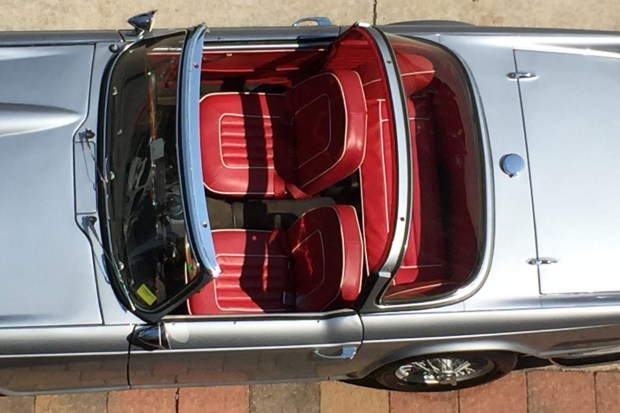 The cabin been reupholstered in red Ambla upholstery with white piping over gray loop carpeting. The removable hardtop features a matching custom red and white headliner, and additional interior features include color-matched lap belts, refurbished window mechanisms, rubber and Furflex door and roof seals, and an emergency hood release under the passenger side of the dashboard. 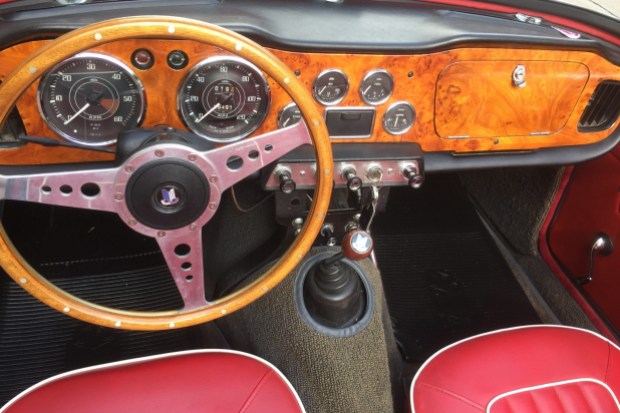 A wood-rimmed Moto-lita steering wheel fronts a burl wood dashboard with refurbished factory instrumentation including a 6k-rpm tachometer, a 120-mph speedometer, and center-mounted auxiliary gauges. The five-digit odometer displays 66k miles, approximately 800 of which have been added since the car was redone; true mileage is unknown. 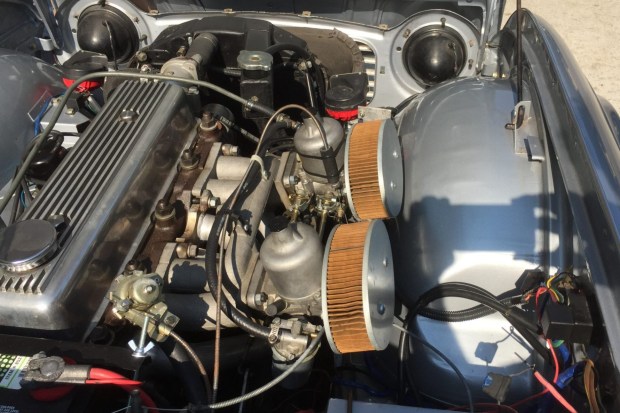 The 2.1-liter inline-four has been fitted with replacement 89mm pistons and liners, raising the displacement to 2.3 liters (the factory bore measurement was 86mm). Additional modifications to the engine include balanced connecting rods, roller rocker arms, calibrated spring valves, rebuilt SU carburetors, a refurbished intake manifold, an alloy valve cover, an uprated oil pump, a Racetorations Ltd stainless-steel exhaust, and a four-to-one custom exhaust header modeled after a period header offered for the TR3 and TR4 in 1965. The seller reports that compression tests conducted in August 2020 yielded results of 195, 190, 200, and 200 psi in each cylinder, and videos of compression results are provided for cylinders and . Engine output is estimated to be 132–135 horsepower, and a seller-provided four-page list of work completed on the car is provided in the gallery below, as is a period advertisement for the four-into-one exhaust header. 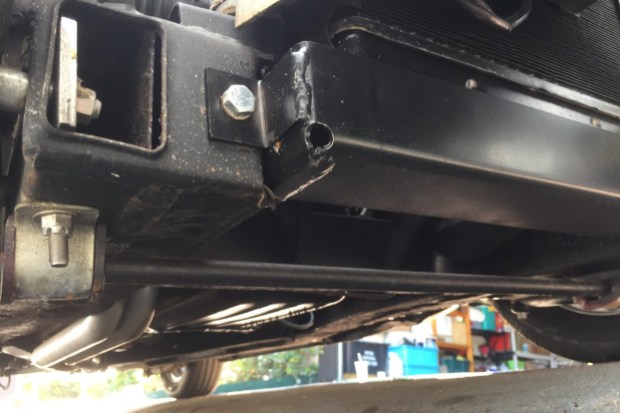 Power is routed to the rear wheels via a four-speed manual transmission with overdrive. Alterations to the drivetrain include a lightened flywheel, a TR6 clutch, hydraulic lines, replacement clutch master and slave cylinders, and 3.70:1 gearing. The overdrive was also rebuilt with a taller ratio. Additional photos of the underbody are presented in the gallery. 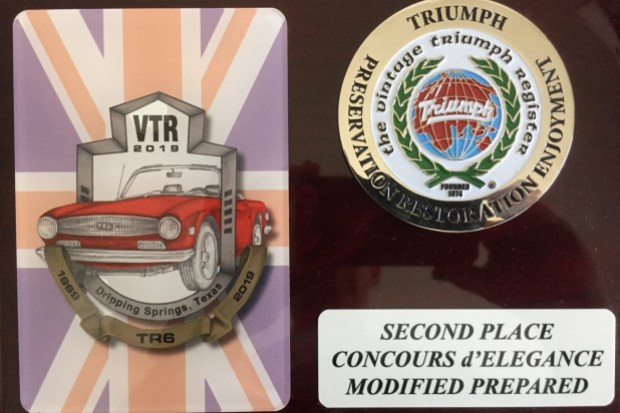 The car received a second-place award in the Modified Prepared category at the 2019 Vintage Triumph Register Concours d’Elegance event in Texas.

In-car driving footage is provided above, and a cold-start video is below. An , an , and .