Air fryer pork chops coming in hot and fast with the flavors of Italian porchetta!

Do you ever wander by someone’s house and smell what they’re cooking for dinner? Every time Mike and I smell someone’s cooking and it smells good, we turn to each other and say, “PORK CHOPS!” To be honest, it’s probably not pork chops at all but Mike is low-key obsessed with pork chops and it’s a funny little thing we do.

Anyway, both Mike and I love pork chops. What’s not to love about a thick cut of juicy pork? There are a couple of secrets to making the best pork chops and I’m going to share them ALL with you. 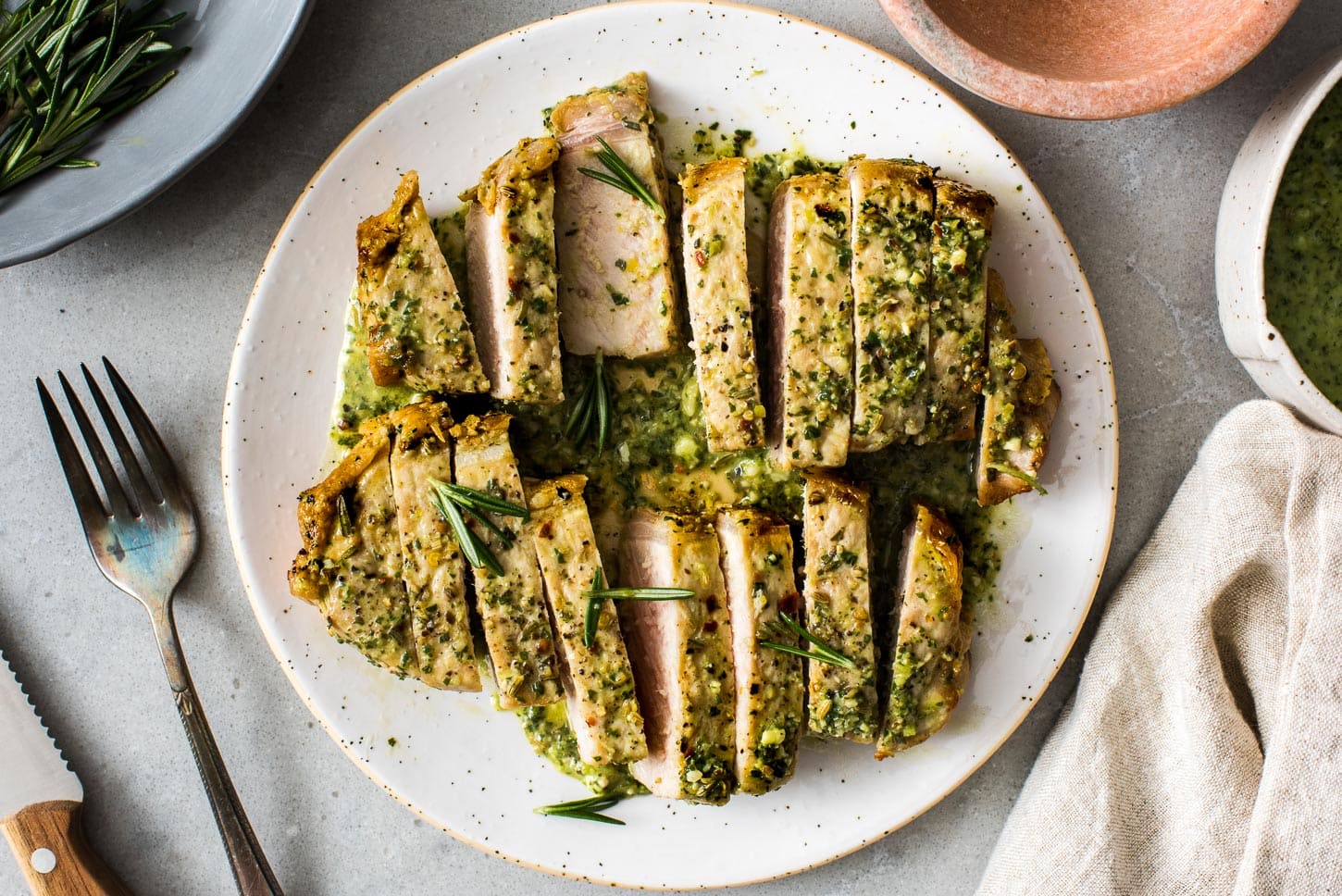 First off, let’s talk about flavors.

I seasoned these thick and juicy guys with the classic flavors of porchetta, the insanely iconic Italian pork roast that’s stuffed with rosemary, fennel, and herbs. To gild the lily I whipped up a quick salsa verde full of fresh herby lemon flavors. The green sauce and pork chops together are going to blow your mind. 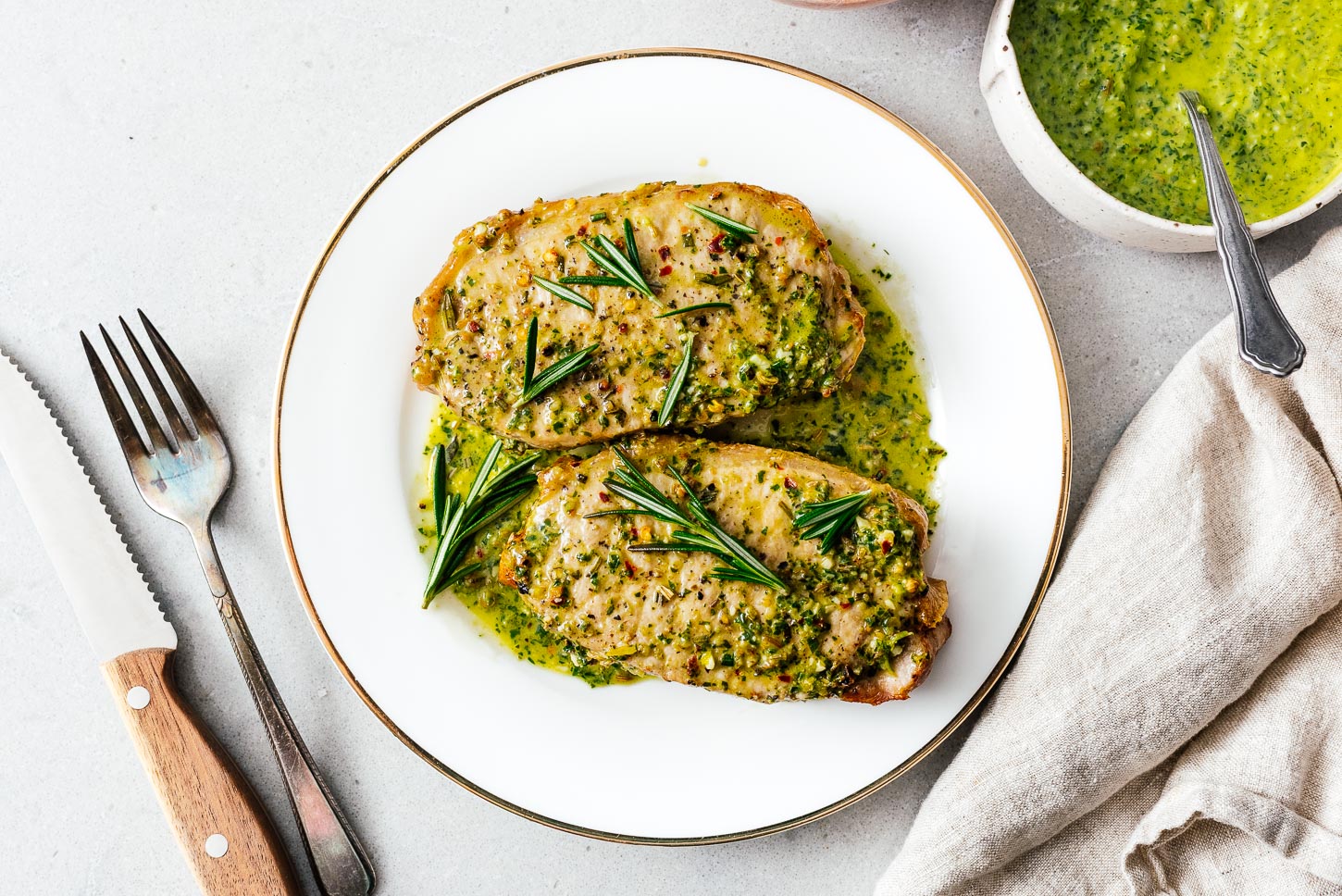 To make the best pork chops, buy the right kind of chop 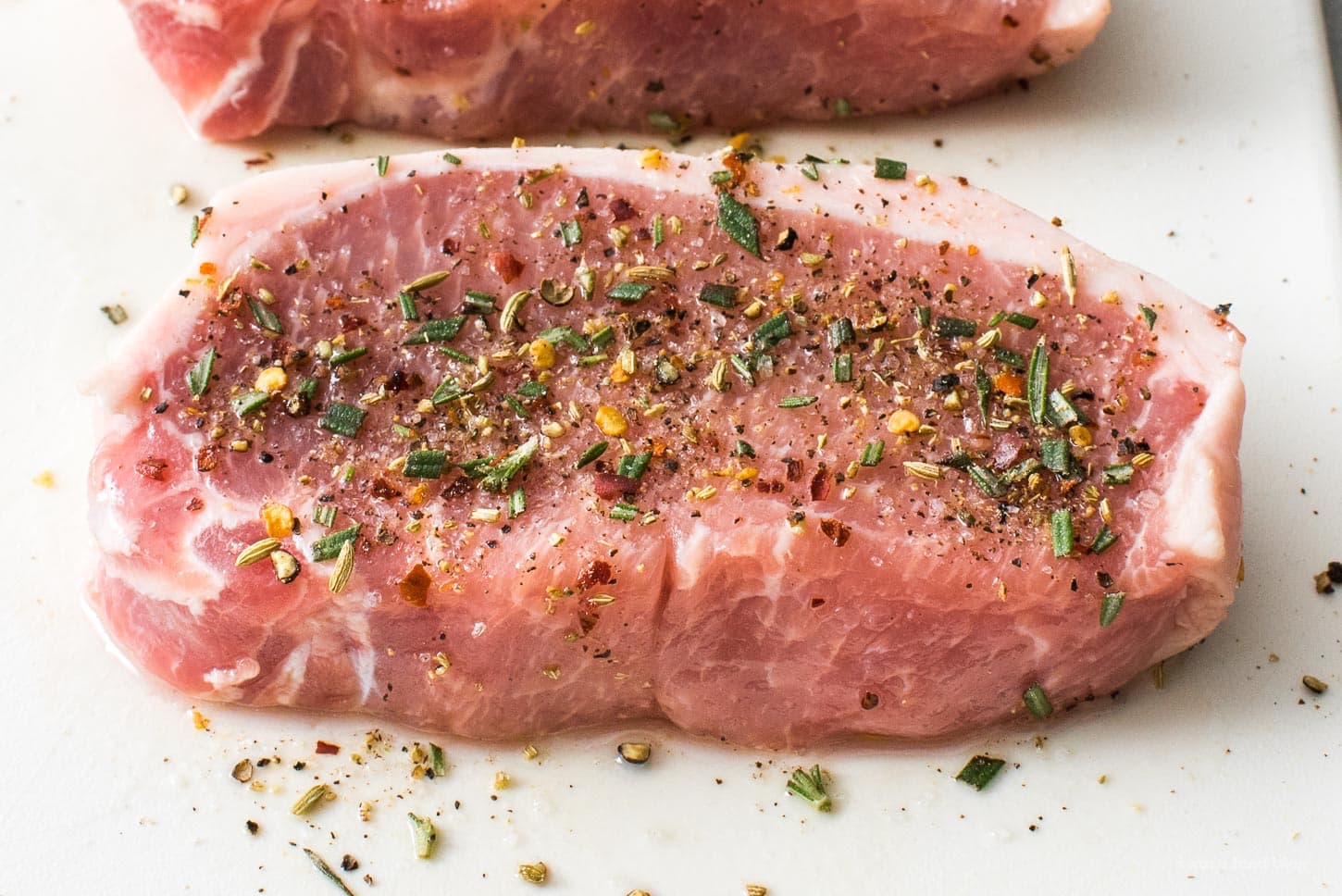 How to make juicy pork chops

They key to making juicy pork chops is not over cooking them. Pork chops tend to be lean and have a very small margin for overcooking. USDA says that the safe temp for pork is 145°F which is a bit rosy and quite juicy. Most people are used to overcooked pork chops so they’re scared of pink. If you want juicy chops, invest in an instant read thermometer, cook your pork to 145°F (or even to 140° and let the carryover heat bring it up to temp) and you’ll never eat dry pork chops again. Don’t fear the pink! 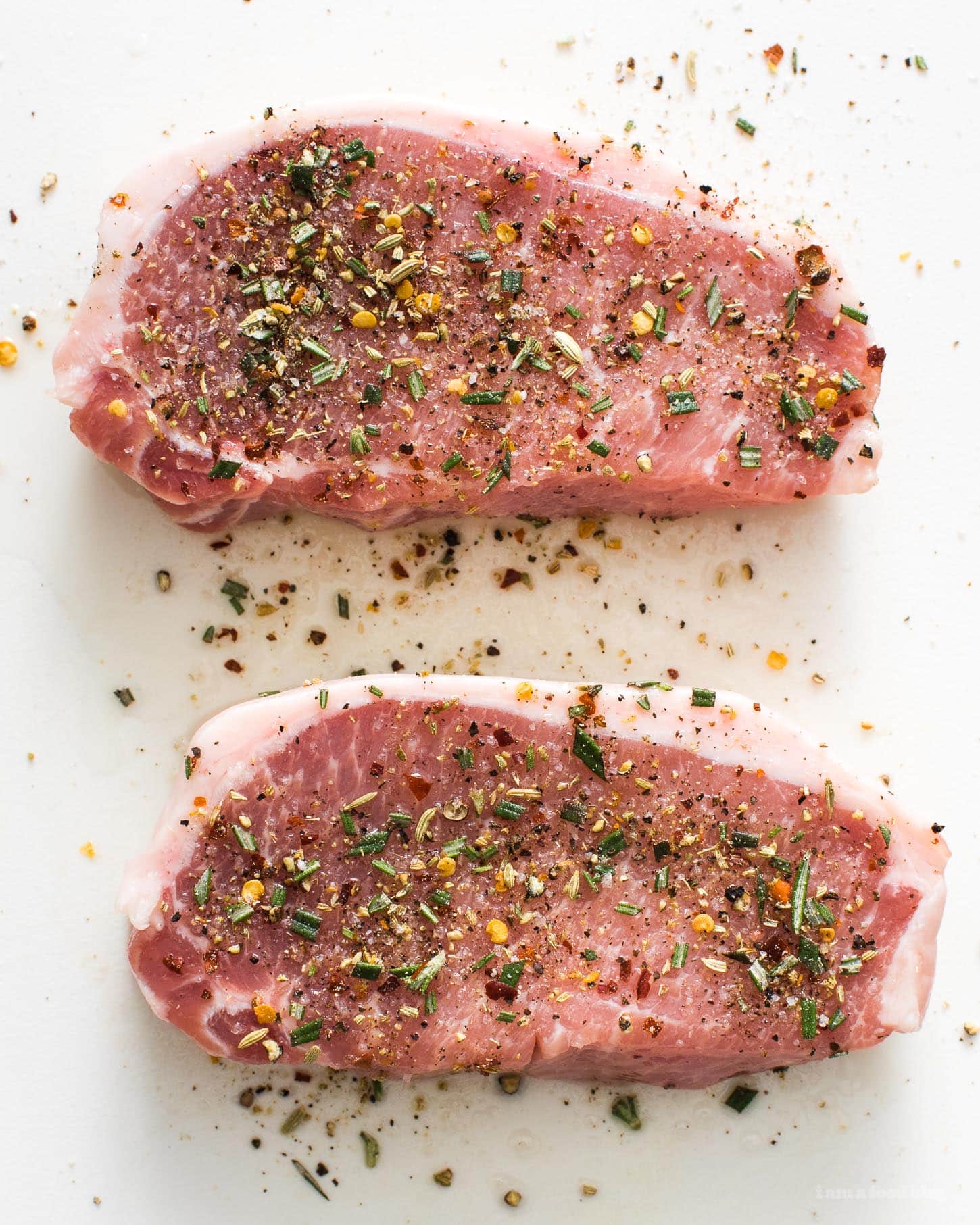 How to cook pork chops in the air fryer 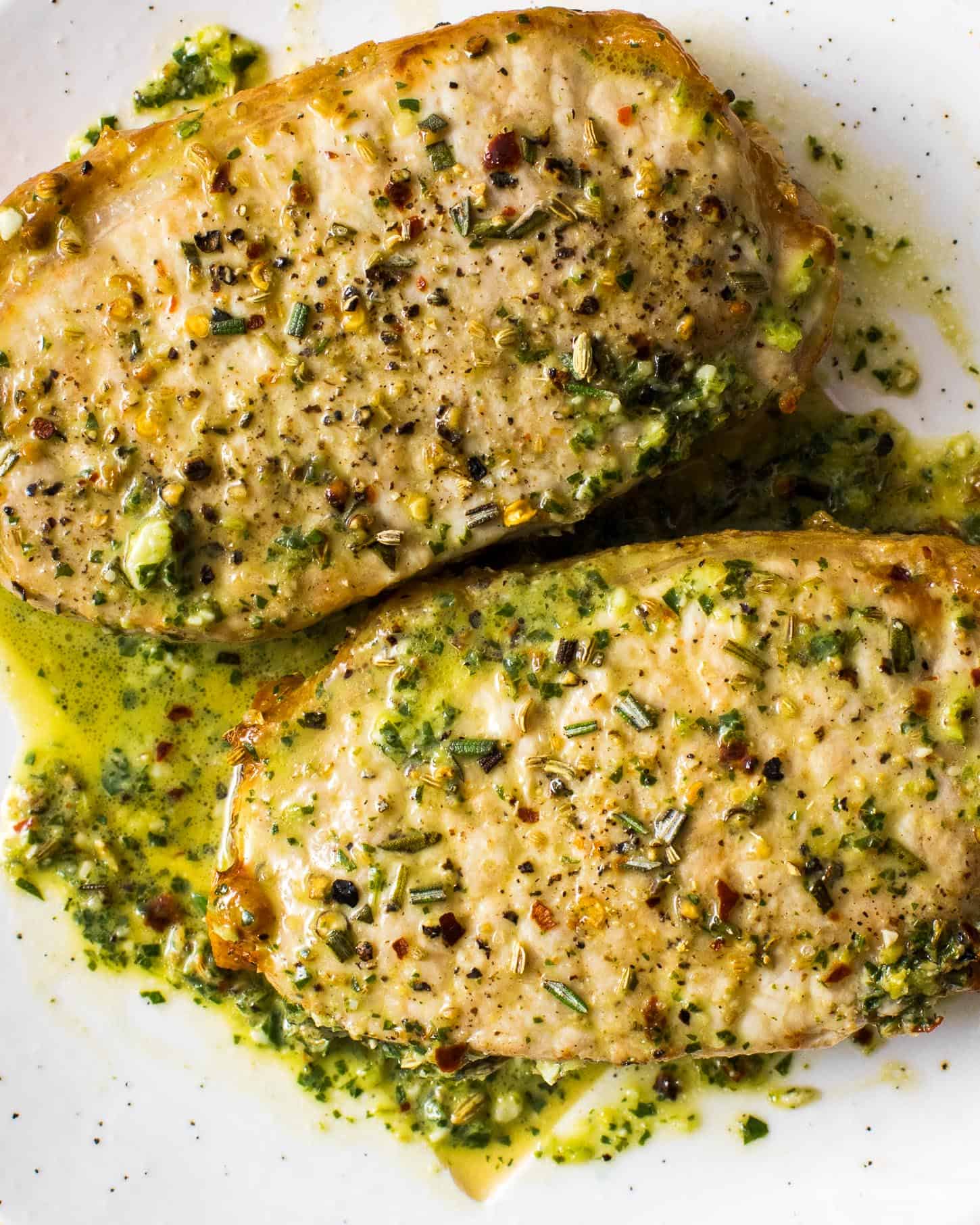 Do I need to preheat my air fryer?

Most of the time I say that you don’t need to, but we did some A/B testing and preheating the air fryer when cooking pork chops led to juicier chops. Preheat your air fryer for 5 minutes at 400°F.

How long to cook pork chops in the air fryer?

You want to air fry the chops until the internal temperature reaches 145°F. Sometimes I even pull pork chops out when they reach 140°F because the carry over heat while they’re resting will bring them up to temp. The best way to check is to use an 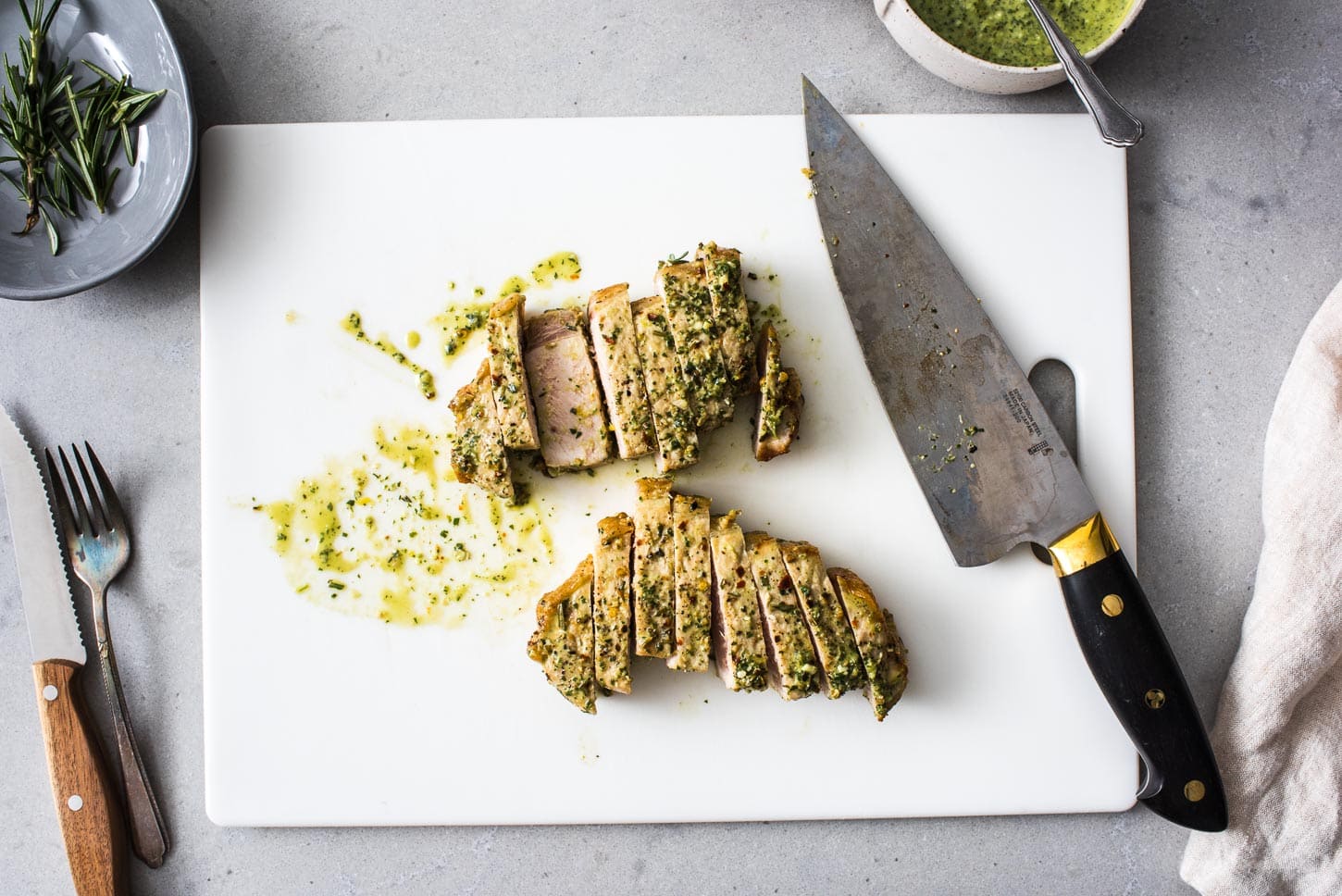 What if my pork chops are sad, oops I meant thin?

If you can only find sad pork chops at the store, you can still make juicy pork chops, just don’t overcook them. Prep them the same way, then cook at 375°F for 8-9 mins, flipping halfway. 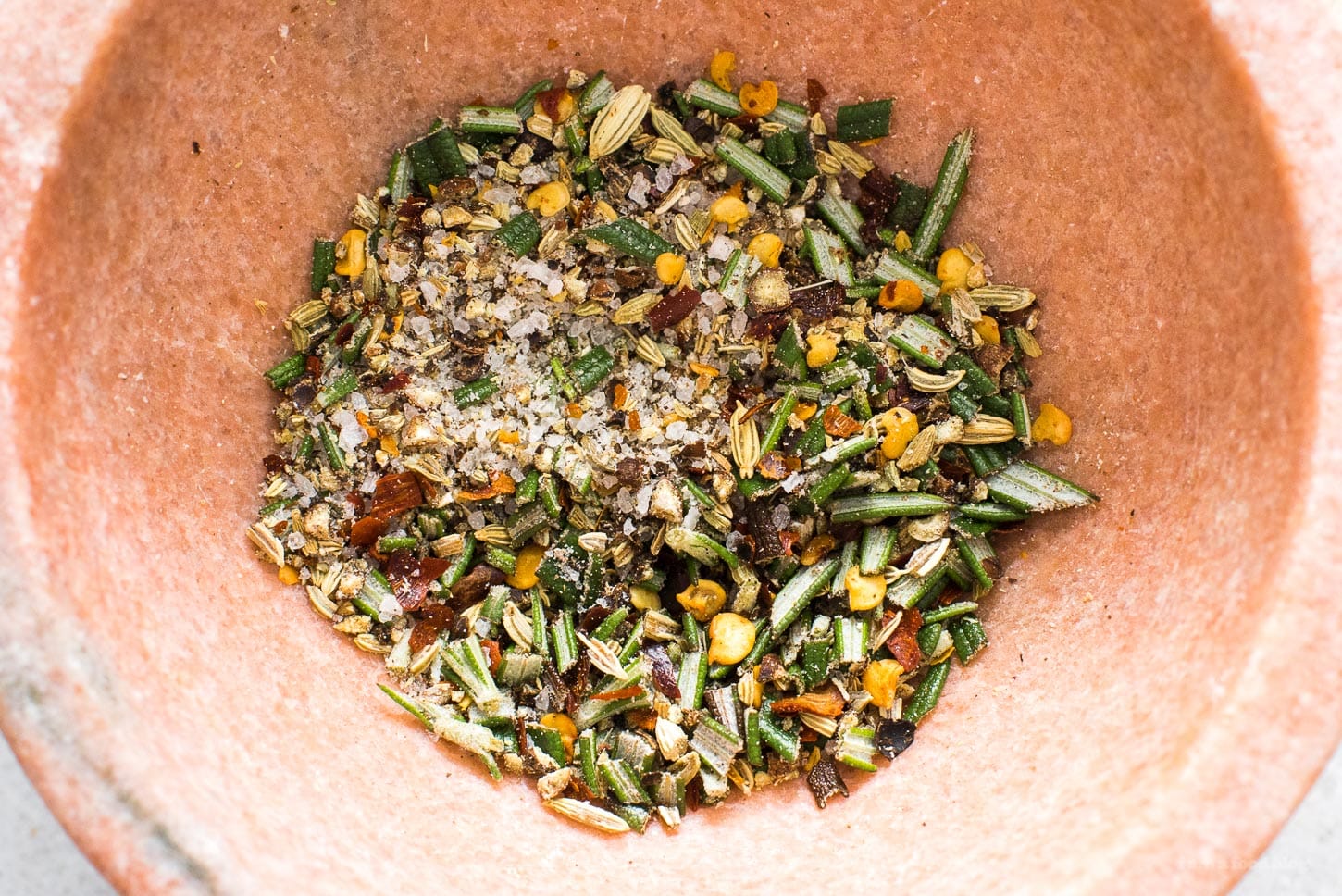 What should I serve with air fryer pork chops?

If you’re wondering which air-fryer we have, it’s . I don’t know if it’s the best on the market because it’s the only one we’ve used, but it works great. It’s quiet and easy to clean and really big (which is good because you can put a lot of food in it and bad because it takes up a lot of room in our place). 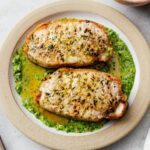 Air fryer pork chops coming in hot and fast with the flavors of Italian porchetta!

* Percent Daily Values are based on a 2000 calorie diet.

How anti-vaxxers have rebranded in the coronavirus era: ‘Our bodies are ours, not for someone else to govern'